The expectant mothers in various stages of pregnancies said the protest was against what they described as “outrageous money” being charged for their antenatal care by the state government.

They called on Governor Rotimi Akeredolu to “urgently reverse the N25,000 they are expected to pay for ‘normal’ delivery, and the N50,000 payable for Cesarean Section, which was free under Akeredolu’s predecessor’s Abiye Programme.

The women, numbering about one hundred, were gathered at the ante-natal section of the hospital.

They alleged that they were made to pay various sums, ranging from N500 to N4,000 for various reasons in the course of their ante-natal, alleging that the state hospital workers claimed to be acting on “orders from above.” 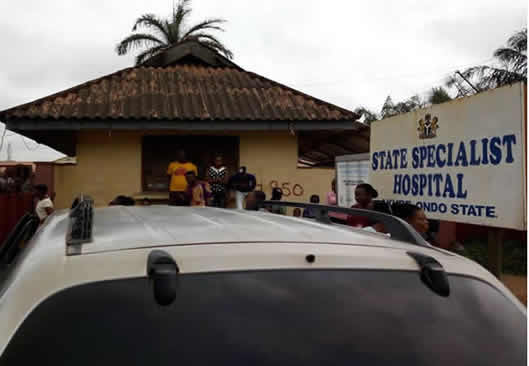 It maybe recalled that wife of Ondo State Governor, Mrs. Betty Anyanwu-Akeredolu, once decried the rate at which pregnant women and children die in the state.

Things you must never do in Yoruba land,Taboos in ancient Yorubaland

Avoid Doing These 5 Mistakes When Next You Cook Spaghetti (Details)

Upgrade your ‘other room’ performance by consuming these fruits and vegetables

Eat Bitter Kola And Groundnut Together To Solve These Health Problems

Eat Cucumber At Night For This Reasons

7 things you should never do on an empty stomach: Every one is a victim of number 4

End of an era: TCL to end Blackberry smartphone sale

Nigerian Preacher Reveals How He Used To Lie To People To...

These 4 zodiac signs look unfriendly at first, but are actually...