Sequel to the discussion held on the 24th of August, 2018 between Olorunsomo Smart (CEO SMART360MEDIA) and Ola Adene, The Convener of the forthcoming “SOCIAL WORK” The unveiling.

Ola Adene to perform all the spoken words piece in his forthcoming album Live.

“Social Work” which will come up September 22nd in Akure, September 23rd in Benin-City, It features Video Premiere, Interview, Poetry renditions and Music.

Agreement were reached to sign a deal in other to make it official and to be well recognized Amidst two parties.

Below are the reached agreements;

1. Smart360Media will be part of online media outlets that is going to be in charge of  publicity with a better graphics that will be attached to it.

2. Will make publications of the lyrics and live event that is going to occur doing the unveiling.

3. Also the publication is going to be published on some major blogs in Ondo State and beyond.

OLA “TheRawPoet” ADENE is going to offer value and
Official Lyrics Hub for Social Work with exclusivity of first publications of lyrics.”

The deal was signed at the office of HOWGA, opposite Kikiowo Complex, Oluwatuyi Akure. 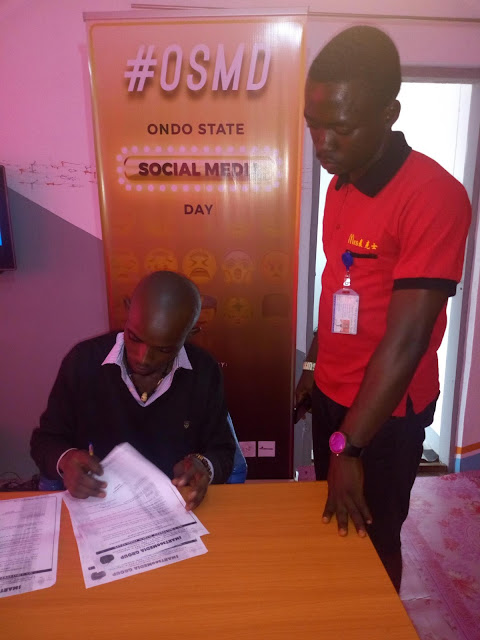 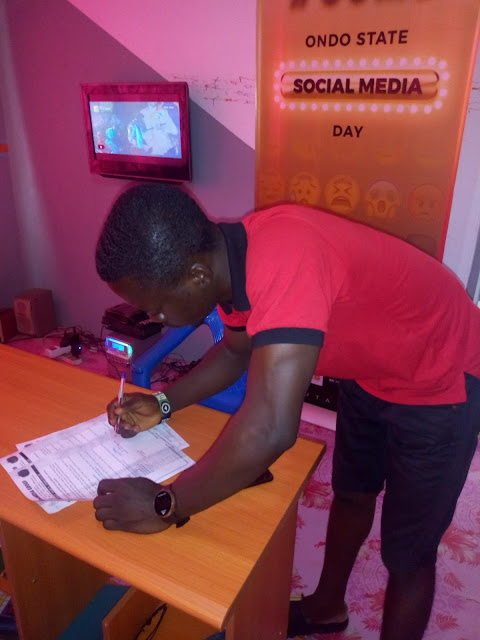 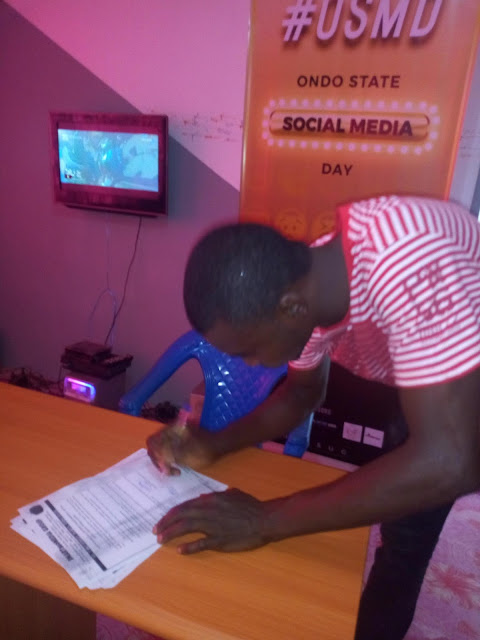 Zola names two players who got ‘bored’ under Sarri

Terrydicos
Zola served as assistant manager under Sarri during the current Juventus boss’ sole season in charge at Stamford Bridge, in what was a campaign of mixed success. Chelsea won the Europa League and finished...
Read more

Terrydicos
As part of President Muhammadu Buhari’s agenda to reduce unemployment rate in the country, the Minister of State for Labour and Employment, Mr Festus Keyamo (SAN), said that the Federal Government has agreed to...
Read more

Exclusive interview with the CEO of Smart360 media group

Terrydicos
Bitcoin rose Wednesday after undergoing an eagerly awaited adjustment that occurs every few years to limit the amount of the virtual currency on the market, building on a recent coronavirus-driven rally. So-called “halving” takes...
Read more

A Year After, Was Naira Marley’s EFCC Arrest A Blessing In Disguise? (READ)

Sanusi Oluwasegun
By Segun Sanusi | 9jainsider.com On 10th of May 2019, The Economic and Financial Crime Commission (EFCC) arrested Azeez Fashola popularly known as Naira Marley, a day after his birthday. Many are of the opinion...
Read more

Sanusi Oluwasegun
I have been worried about the rising case of infection among nigerians daily and it becomes worrisome that what we thought was a foreign infection has now taken a seat in our country. The Government...
Read more

Anifowose Joseph
Actor Adeniyi Johnson has written an open letter to ”aggrieved” married women who are currently at home with their husbands due to the lockdown and have vowed to use this time deal with their...
Read more

Terrydicos
Zambian Hip-Hop artiste, Jack Lumbeta Kafukwilwa better known as Jay Trigga has revealed that his musical role models are Afrobeat artists, Wizkid and Burna Boy. According to him, the duo showcased Africa to the...
Read more
Load more

ABOUT US
We provide our audience with the latest Music and videos, Celebrity gist, Political, Entertainment and Sport news.
Contact us: mail.9jainsider@yahoo.com
FOLLOW US
wpDiscuz
0
0
Would love your thoughts, please comment.x
()
x
| Reply
MORE STORIES

Mouth, Body or Pu$$y Odour, Which Can You Cope With In...

All You Need To Know: Albinism Week 2018

Check Out This Epic Warning From UNILAG Cleaners

CHRISTIAN TALK!!! Which Should Be More Celebrated, Christmas Or Easter?