Ray Hushpuppi is encouraging people from poor backgrounds to let them know that where they are going to can be better than where they started off from.

Sharing a photo of three luxury cars to Instagram, the Flamboyant dresser wrote a motivational speech 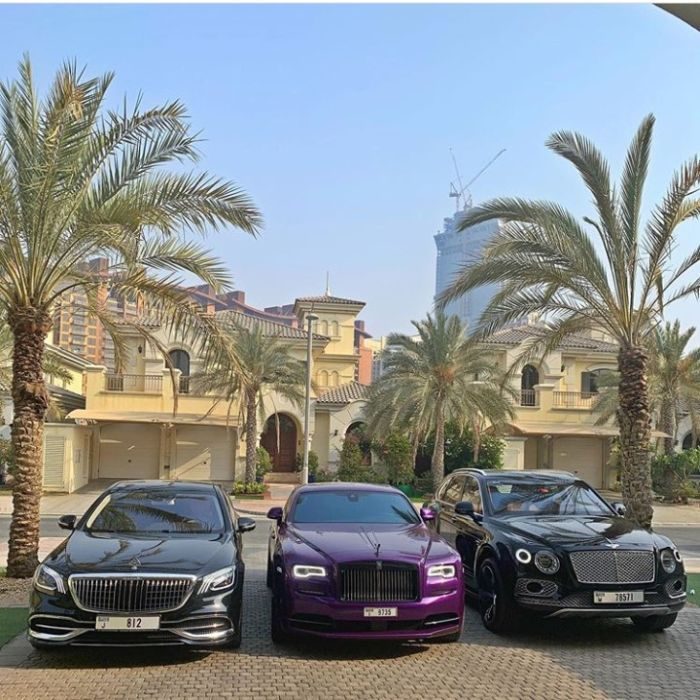 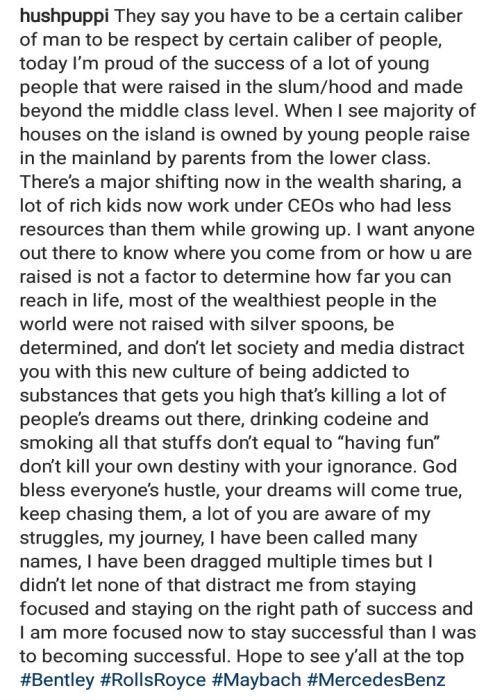 When I see majority of houses on the island is owned by young people raise in the mainland by parents from the lower class. There’s a major shifting now in the wealth sharing, a lot of rich kids now work under CEOs who had less resources than them while growing up.

I want anyone out there to know where you come from or how u are raised is not a factor to determine how far you can reach in life, most of the wealthiest people in the world were not raised with silver spoons, be determined, and don’t let society and media distract you with this new culture of being addicted to substances that gets you high that’s killing a lot of people’s dreams out there, drinking codeine and smoking all that stuffs don’t equal to “having fun” don’t kill your own destiny with your ignorance.

God bless everyone’s hustle, your dreams will come true, keep chasing them, a lot of you are aware of my struggles, my journey, I have been called many names, I have been dragged multiple times but I didn’t let none of that distract me from staying focused and staying on the right path of success and I am more focused now to stay successful than I was to becoming successful.

Hope to see y’all at the top

Olamide Was The Only Artiste That Financially Supported Majek Fashek When Sick, Fashek Manager...

Oluwasegun
Reggae musician Majek Fashek's manager, Umenka Uzoma, says rapper Olamide was the only artiste that supported the singer financially during his health issues last year in the U.K. Uzoma made the revelation while appearing on...
Read more

Terrydicos
Nigerian Afropop singer, Danny Young recently stole the limelight when he sued Tiwa Savage for copyright infringement over his 2009 hit single ‘Oju Tiwon” which the diva used in her 2018 song “One” without...
Read more

Terrydicos
Several million people have tossed a coin to their Witcher, according to Netflix’s fourth quarter earnings report that just released on Tuesday (January 21). According to a letter the streaming service sent to shareholders,...
Read more

Zurich
Fast-rising and Indigenous rapper, Mohbad wastes no time as he dishes Out his long-awaited single tagged “BB2 Poverty ” He enlists the service of Singer and Lasu Finest, Bella Shmurda To Serve Us this Hot track. DOWNLOAD
Read more

Hushpuppi Reveals His Source Of Income To Deji Adeyanju, As He Accepts His EFCC Debate (Watch Video)